Climbing a Mountain as a Woman Doctor of Color

My dream as a child was to become a doctor. This dream was fulfilled as an adult when I was admitted to the prestigious Lady Hardinge Medical College for women in New Delhi, India.

A short introduction to LHMC History.

Lady Hardinge, the wife of the then Viceroy of India, initiated the process in 1914 and LHMC was inaugurated on Feb 7th, 1916. It became part of the Faculty of Medical Sciences, University of Delhi in 1950. The college is funded by the Government of India. 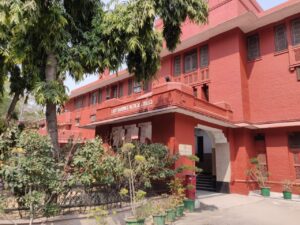 The campus itself was beautiful. The buildings were old and majestic, with British architecture, surrounded by manicured lawns, and in the middle of them was a statue of Lady Hardinge. The statue had a plaque with the college’s founding year, 1916, followed by the college’s motto in Latin, Per ardua ad astra, which means “Through adversity to the stars” (Book excerpt page 73)

After graduating in 1963, I pursued my training in New Delhi, later London UK and arrived to Boston in 1967. I loved Boston and still do to this day, which is why I stayed here ever since.

During my training in Boston, I learned that getting pregnant during Residency Training was an unspoken NO. One of the Staff had to switch to three different Teaching Institutions in Greater Boston during her 3 pregnancies.

I never confirmed with Dr. JC, but I heard she had gotten pregnant during her training under Dr. BL. She had broken one of his unspoken rules. Luckily, she was saved by her family, who donated eleven thousand dollars to her training hospital so she could continue after having the baby. Money is power, and her family could afford it. (Page 181, Bapaji and Me) 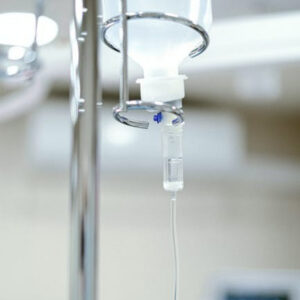 In 1973 after being on the staff at Brigham and Women Hospital, I went into Private Practice at Leonard Morse Hospital in Natick a suburb of Boston 15 miles west. This was the beginning of my arduous journey of culture shock. The Chief Doctor was an excellent man of character and known as the ‘benign Dictator’. He was also my mentor. During my interview with my other future colleagues, their questions were very blatant and unprofessional, even for 1972.

Dr. M conducted most of the interview. I was shocked by his questions: “How often every month will you call in sick? Not actually sick but call in sick. During your menstrual periods?”  How ridiculous! I replied, “Why would I call in sick regularly every month? I’d only call in sick if I were sick.” Then Dr. M repeated something Dr. A had said earlier to them: “When you call in sick, let me know when and where your wake is.” As shocking as all this was, I was not bothered by it. I was in excellent health and never abused, or even used, any sick time. In fact, I don’t recollect ever knowing of the existence of sick leave then. I knew only about vacation time.  Another question from Dr. M: Will you take off early for your hair or nail appointments? My answer: “I would do those on my days off.” (Page 213, Bapaji and Me)

During my reception by the Senior Surgeons, I realized there were no full time female doctors on the staff. The Senior Surgeons were macho men, self-anointed and what I called “Kings of the Operating Room”. To them I was a woman, a foreigner, like an alien from another planet, as if I had suddenly landed from Mars. I had the 2 Fs in my name, Foreigner and Female. Not enough for entry into the “Boys Club”. This was an impossible collaboration between the North pole and South Pole.

The senior doctors, however, were a different breed. They could not comprehend a female doctor invading their man’s world, and they had no hesitation in expressing their feelings. (Page 216, Bapaji and Me)

There was only one way of doing things, and that was their way. They could not fathom a woman doctor being on their team and anesthetizing their patients for many years to come. The progress to being accepted was very slow. After years and years, we began making slow progress to working together in harmony.

In 1975, I became pregnant with my son and the due date was in January. There was no maternity or sick leave during this time, so I had to use my accrued vacation time and unpaid leave of absence. I felt lucky  when I left that I would actually have a job to come back to.

It seemed over time, we all matured and changed for the better. Realizing our goals were identical, even if our perspectives were different, allowed us to live in harmony. Eventually, it seemed that the Surgeons began  viewing me from a different lens. The doctor’s permanent templates on women were gradually changing.

To make it through each day, I developed my own set of rules:

My first rule was Start the day off right. I left for work at 6:45 a.m. Every morning was the same: I’d say, “Good morning” to Raj; then I would eat breakfast in silence. Then I’d say, “Have a nice day.” Nothing else. I needed to concentrate on my day’s work and my patients. All home issues were discussed in the evenings. My second rule was Don’t argue when reason, persuasion, and patience will give me the edge. Third rule was Never compromise my values. And fourth, In difficult patient situations, decide as if the patient were family, and then accept the results for what they are. This one was an important reminder for me that even doctors are human; sometimes the patient outcome was distressing, but I knew I had done the very best I could. (Book Excerpt, Bapaji and Me)

I achieved my dream of being a successful doctor and beyond. In 1980, I was elected as Chairperson position of the Anesthesia Department at Leonard Morse Hospital, a position I held until 1995. I was reelected every 2 years for over 15 years. I stepped down as Chief of the Department after LMH and Framingham Hospital merged in 1995 as MetroWest Medical Center. I was very satisfied to get the 2 Anesthesia departments to merge in Political harmony. I stayed on the staff until my retirement in 2010.

My determination and hard work excelled by persuasion and patience, provided me rewards without compromise to my values. I reached the top of the mountain by climbing one small step every day. There were no elevators.  All the credit goes to my Bapaji’s teachings and my dearest Husband Raj’s everlasting support.

From a young age, Dr. Sadhna Bhatia knew she wanted to be a doctor. Supported by Grandfather Bapaji and her family, she pursued a medical career in the United States after graduating from the prestigious Lady Hardinge Medical College in New Delhi, India.
All Posts »
PrevPreviousWhat I’m most Grateful For
NextHarvard Medical School Brigham and Women Hospital Residency AnniversaryNext