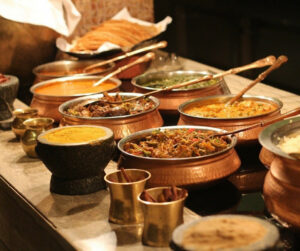 At an early age of 5, I already knew I wanted to become a doctor, due to my Bapaji’s mantra, influence, and teachings.

When I was 13yrs old, Chaeji suggested I should learn how to cook.  My reply was short and simple, “You know I’m going to be a doctor and doctors don’t cook!”, as I knew the help in the house would always do the cooking. “What if the help is on vacation or sick?” she asked.  I told her I would just survive on easy flatbread and yogurt. And so it was. Once I was in medical school, it was the end of my cooking lessons.

After I was married, I learned some cooking from my mother-in-law and generously gave her a helping hand, but this was more out of duty.  In 1965 I went to the UK and did a fair amount of cooking more out of necessity and survival. Raj, my dear husband, was very fond of gourmet food, so slowly and gradually I continued to learn and make cooking an everyday affair.

Mataji, my mother-in-law accompanied us to Boston for Anesthesia training, and to her surprise her dear son was well nourished with my cooking. Gradually I was developing an interest and making time to cook, despite my commanding residency training and night calls. 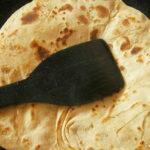 Experimenting with various cuisines, I eventually acquired a library of cookbooks and became more enthusiastic about learning and fulfilling Raj’s culinary tastes.

Eventually I juggled my schedule to take cooking lessons from Madeleine Kamman’s French cooking school at her restaurant Modern Gourmet in Newton, Massachusetts in 1977. Where there is a will there is away. I was a vegetarian and still am to this day, but I enjoyed cooking non vegetarian cuisine for Raj and my friends. On our Trip to India, Raj invited a known Chef to the house for a cooking lesson. It was an all-morning affair. I also indulged in some Chinese cooking lessons.

In 1975, when our son Mohit was born, it became challenging to work full time, take care of my son and cook.  As it turned out, my plans at age 13 to have cooking help did not happen. Time does not change; you must change with time.  I knew I had to learn to multitask, and I began to manage my balanced life very well without complaint. By now I was almost a gourmet cook in Indian cuisine and enjoyed entertaining friends at home.

In 1978 Mohit was admitted to Park school in Brookline,  Massachusetts. Most mothers were Home Makers and wives of the rich and famous Boston Community. They all seemed to be there for social events, which I could only sometimes attend while juggling my work schedule.

At the time, Mohit’s school hosted an annual Harvest fair and Auction.

Many parents auctioned items like helicopter rides, summer vacation homes for 2 weeks and plane rides to Cape Cod. One interesting couple even auctioned horse manure from his estate, which surprised us.  After some thought, Raj and I decided to offer a home cooked multi course sit down dinner with wine for four people at our house for the auction. By now I was confident of my cooking.

It went very well! We had an enjoyable evening, and were glad we could contribute in a small way. 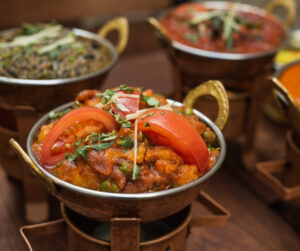 The school parent committee approached me to ask if I would be willing to participate and host the annual Parent Faculty Dinner event in February with the Indian cuisine theme. I would need to cook and prepare using the school kitchen, with help of course from the other mothers. But this would be for 300 people! My first thought was OMG! I was a reputable chef at home, but this was a real challenge. I gave some thought and with Raj’s encouragement, I decided to go for it, even with many unknowns.

I figured I had Invited 30 people to our house for dinner, so I just multiplied my proportions by 10 for the menu. Of course, my helpers were new to the cuisine and were willing but could only do simple tasks, most of them coming from Newton, Brookline, Wellesley, Beacon Hill, and other affluent suburbs. 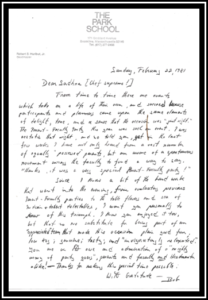 The evening came and all went very smoothly. A sigh of relief. A highlight of the evening was when DR John Collins Chief of Cardiac Surgery at BWH and parent, came late as he was completing a major heart operation with success. Both of us received a standing ovation. It was an honor and a humbling experience. I appreciated their appreciation. I also received nice handwritten thank you letters from the headmaster and the parent faculty administrator, which I have kept to this day.

I had redefined and reinvented myself as circumstances needed. It was a learning experience, and I was grateful to Raj’s support and encouragement.

My thoughts have been that cooking is therapy, especially during the pandemic.

As Bapaji always told me, it is never too late to learn.

From a young age, Dr. Sadhna Bhatia knew she wanted to be a doctor. Supported by Grandfather Bapaji and her family, she pursued a medical career in the United States after graduating from the prestigious Lady Hardinge Medical College in New Delhi, India.
All Posts »
PrevPreviousThe Blease Ventilator and The Iron Lung
NextCherished Memories with FriendsNext